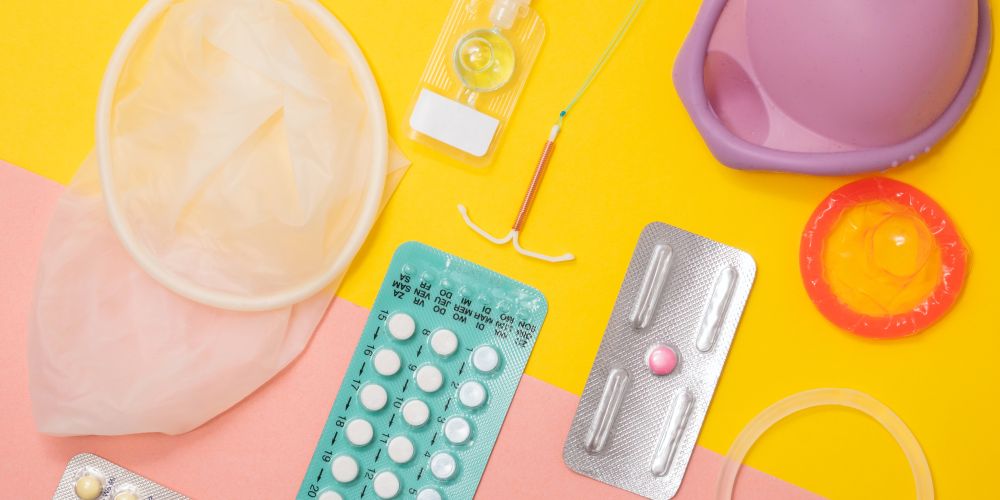 There are many methods of birth control available; from the barrier method, the hormonal method, fertility awareness method, and sterilization. Today we focus specifically on the barrier method and all the options that are available. As the name suggests, the barrier method involves some form of physical barrier that is worn or inserted to prevent sperm from fertilizing an egg. All of these methods require them to be used every time to be effective against pregnancy and STDs/STIs.

The barrier method includes: Internal and external condoms, the diaphragm, the cervical cap, and the contraceptive sponge.

External condoms are the most common form of barrier methods used. Condoms are made from thin and stretchy material, and are worn over the penis during sex to collect semen. Some types of condoms prevent the transmission of STIs/STDs, but not all do. With perfect use, condoms are 98% effective, and 85% effective with typical use.

External condoms are also multipurpose! They can be cut open and used as a dental dam during oral sex. Latex and plastic condoms protect against STDs by preventing contact with semen and vaginal fluid, and limiting skin-to-skin contact that can spread STIs.

The diaphragm is a small, shallow flexible cup that covers the cervix and acts like a barrier against sperm during sex to prevent pregnancy. They are often made of soft silicone which makes it easy to insert. The diaphragm must be used together with spermicide (cream or gel) to be most effective against pregnancy. Spermicide works by blocking the entrance to the cervix so that sperm cannot get through, as well as stops sperm from moving well enough to swim to the egg. The spermicide is held in place close to the cervix by the diaphragm. With perfect use, diaphragms are 94% effective, and 88% effective with typical use.

The cervical cap (aka the cap) is a small soft cup (shaped like a sailors hat) made from silicone that is placed deep in the vaginal to cover the cervix. The cap prevents pregnancy by acting as a barrier against sperm. Similar to the diaphragm, the cap must be used with spermicide to be most effective. The cap keeps spermicide in place close to the cervix. Unlike the diaphragm, the cap can be left inside for up to two days. The cap is a lot more effective if you have never given birth. For those who have never given birth the cap is 88% effective, and for those who have given birth the cap is 71% effective.

In Birth Control Part 2, we will cover the hormonal method, fertility awareness method, and sterilization.

As always, if you have questions or concerns about birth control or sexually transmitted infections, consider booking an appointment with one of our GOeVisit practitioners!