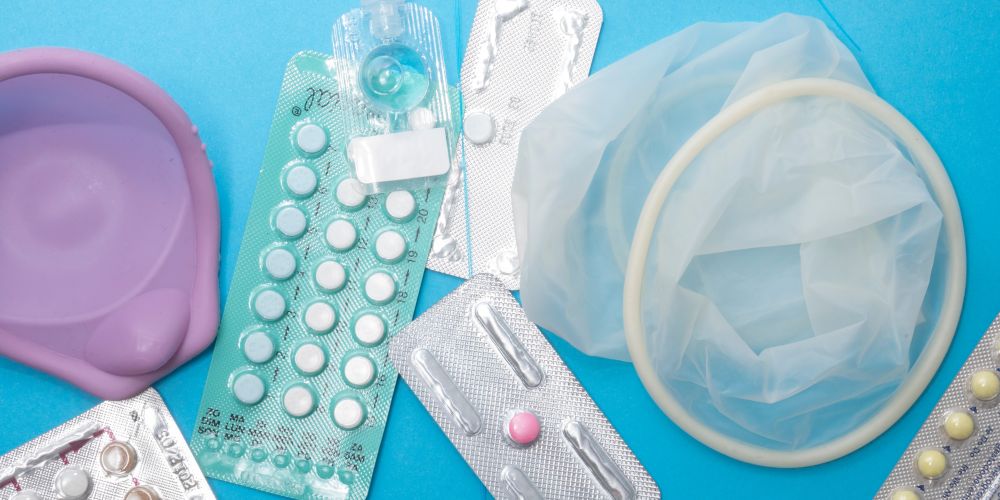 In our previous post we discussed the different types of barrier method birth control. This week in part two, we get into short acting hormonal birth control. As the name implies, hormonal methods of birth control use external sources of hormones that are injected, inserted, or worn, to stop ovulation in the body. They are split up into two categories, short acting and long acting methods.

Short acting hormonal methods include: The pill, the vaginal ring, the patch, and the shot. These methods are considered short acting because you have to remember to use them on a daily, weekly, or monthly schedule. Whereas long acting hormonal methods (IUD and the implant) last between three to ten years, depending on the device you use or until you decide to have the device removed.

Oral contraceptive (or the pill) is a short acting hormonal method of birth control because it needs to be taken everyday. The pill comes in a pack and you take one pill every day on a set schedule (at the same time every day). There are two types of birth control pills: Combination pill and progestin only pill. Both types use hormones to stop ovulation. Without ovulation the ovaries do not release an egg, and so there is no egg for sperm to fertilize. The pill also thickens the mucus at the cervix which further blocks sperm from entering the uterus. Keep in mind that the pill does not protect against STDs/STIs which is why it’s important to wear a condom. With perfect use the pill is 99% effective, but in reality it is 91% effective with typical use.

The birth control ring, vaginal ring (or just the ring for short) is a small flexible ring that is inserted into the vagina and provides protection against pregnancy 24/7. The ring is worn inside the vagina and works by secreting the hormones estrogen and progestin, which are then absorbed by the vaginal lining. These hormones work together to stop ovulation (meaning no egg is released in the ovaries) which prevents sperm from fertilizing an egg. Much like the pill, the ring also thickens the cervical mucus which further blocks sperm from entering the uterus.

Depending on the brand of ring, it will have a specific schedule for wearing. For example, the NuvaRing lasts for five weeks before it has to be taken out and replaced. The Annovera is worn three weeks on and one week off and lasts for a year before it needs to be replaced. Do your research to find an option that works best for your lifestyle. The ring by itself will not protect against STDs/STIs, so be sure to use a condom every time you have sex. With perfect use the ring is 99% effective, and 91% effective with typical use.

The patch is a transdermal contraceptive patch that is worn on certain parts of the body, and releases hormones that are absorbed through the skin which prevent ovulation, and thus prevent pregnancy. Similar to the pill, the patch contains the hormones, estrogen and progestin, which work together to prevent ovulation. It also works to thicken the cervical mucus to stop sperm from getting to the egg. The patch is worn on either the belly, upper arm, butt, or back. The patch does not provide protection against STDs/STIs, so again, make sure you use a condom to prevent any STDs/STIs. With perfect use the patch is 99% effective, and 91% effective with typical use.

The shot (or Depo-Provera) is an injected shot that you get once every three months. It’s a discrete method that isn’t obvious like the pill or the patch. The shot contains progestin which prevents pregnancy by preventing ovulation. You must remember to get a new shot every three months (or four times a year). Condoms are the only way to prevent against STDs/STIs so make sure to use one everytime you have sex. With perfect use the shot is 99% effective, and 94% effective with typical use (because sometimes people forget to take their shot on time).

Watch out for Birth Control Part 3, where we will cover long acting hormonal methods

As always, if you have questions or concerns about birth control or sexually transmitted infections, consider booking an appointment with one of our GOeVisit practitioners!